on May 03, 2017
The sale of Java House, the Nairobi-based restaurant and coffee-shop chain, may finally be imminent, after all but one of the bidders dropped out of the auction-style sale. A source tells me that the winning bidder is Abraaj Group, a Dubai-based buyout firm, which emerged tops after outbidding the TPG Capital and the Carlyle Group, both of which are American private equity firms.

There is no confirmation about the price, but there are strong indications that the final bid - which closed last Friday - was in excess of $130 million, or significantly more than 13 billion shillings. The sale, if confirmed, will see the exit of Emerging Capital Partners, which bought into Java in May 2012, and which has overseen a massive expansion of the chain, including to other Kenyan cities and towns and into Uganda and Rwanda. Java House also encompasses the Planet Yogurt frozen desserts chain, and 360 degrees Pizza (which for now has one branch, at ABC Place on Waiyaki Way, with a second under construction at Rosslyn Riviera on Limuru Road). It may also see the exit of founder Kevin Ashley, who retains a minority shareholding in the chain.

Java was attractive to investors because many see it as hitting the sweet spot for a widening middle class, which is developing an eating-out culture. Its coffee and sit-down food service mean that it has consistently full restaurants, with a moderately high average spend per table. A hidden attraction as well is the fact that it has been able to settle on choice real estate on city streets and in shopping malls, which some of its competitors have struggled with.

Abraaj is a fund with $10 billion under management. In 2015, it launched a sub-Saharan Africa-focused fund, and has been hungry to deploy the approximately $990 million in growth companies and industries on the continent.

I did some analysis a couple of months ago on why Java (and the wider food industry) is so interesting now. Video below (courtesy of NTV)

Our Financial Schizophrenia - Rescuing the Next Generation

Has it ever occurred to you that part of the reason we manage money poorly in our young adulthood (and often way after) is due to how the relationship we had with money growing up? Let me illustrate: For most of us in Africa, money was a commodity that was either there, or (most of the time) wasn’t. There was never a sense of proportion with money, in the sense of earning it, spending it and saving it. When we required something, such as unusual school supplies, the way many of our parents or guardians responded was by either sighing about how they didn’t have any money, or the request suddenly materialising. Sometimes, even, this would be the result of a precious family asset being liquidated, such as a prized piece of livestock quietly being sold off to pay for, say, exam fees. Even in middle class families, more often than not children would be told there was no money for various requests (often with a pained look that suggested unreasonableness at the mere fact of the request), and

Uchumi and Nakumatt are dead. If they're not Careful, Tuskys, Carrefour, Naivas and Chandarana will soon be as well

The next time you're in the supermarket for your weekly/ monthly shopping, take a look at your cart. Chances are, 80% of the items in there are repeat items. Your last shopping cart had the same items, from the same brands, in the same quantities. The same toothpaste, the same toilet paper, the same soap. Even for higher-end items, it will likely be the same yoghurt, in the same quantities, of the same brand. What this means is that for you (and I and most of us), the weekly/ monthly trip is a waste of time. The need to 'touch and feel' our shopping is for very, very few items - maybe for fruit and veg (and even then, it's only when we're being picky) and a few other niche items. If someone was able to deliver this 80% of your shopping cart, then you wouldn't bother with your big weekly/ monthly shopping trip, with its attendant stress of driving, parking (or the stressful multi-trip mathree journey), frustration with not finding the items you want, and then 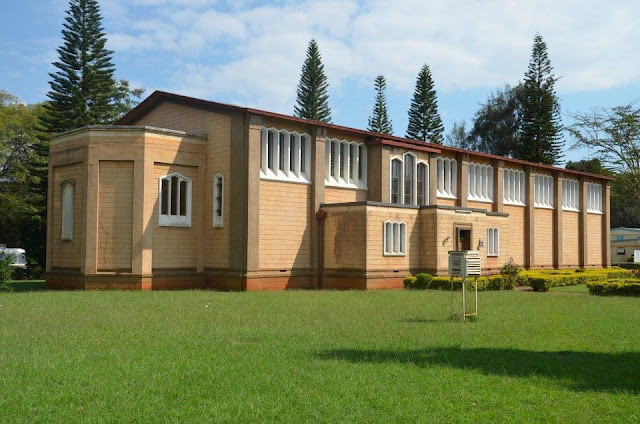 There is something very interesting happening in the education sector. It has been occasioned by the pandemic, yes, but it is happening at warp speed. It will upend a sector and an industry that had not changed much in more than a century. These are changes brought about by a combination of the pandemic, technology, the level of exposure that people (especially children) have nowadays, and the needs of a rapidly changing world. I begin with a disclaimer. Much of what I will discuss is from a private school perspective in Kenya, but much of it will also apply to public schools, and outside of our borders.  When the pandemic hit, there was a lot of change in how education was proposed to be delivered. Many rapidly shifted to online modes of instruction. At the same time, there was a crisis of what to do with the fate of teachers and other staff in the school. There was also the question of the other costs associated with running schools, whether rent, the cost of school buses, and the